Event [0] takes place in 2012, the world has somehow managed to unite itself after the moon landing in 1969 and now there are no more nations or states, just different regions all governed by this timelines’ United Nations. Instead of being divided into nations people are divided into classes, like the Indian caste system.

In Event [0], the player is on a mission to Europa, the moon of Jupiter, and on his or hers way there the player gets to pick his own back story, who he is, where she comes from, and things like that, creating the back story of the protagonist, telling why the player is doing what he is doing.

The game itself is quite simple, you arrive at your destination, look around, take in the sights, solve the puzzles, and get one of three endings. The one thing that sets Event [0] apart from many games within the same genre is that the only other character is the AI Kaizen, a HAL 9000 character, with whom you talk with by typing yourself, making the game much more interesting than it otherwise would have been. 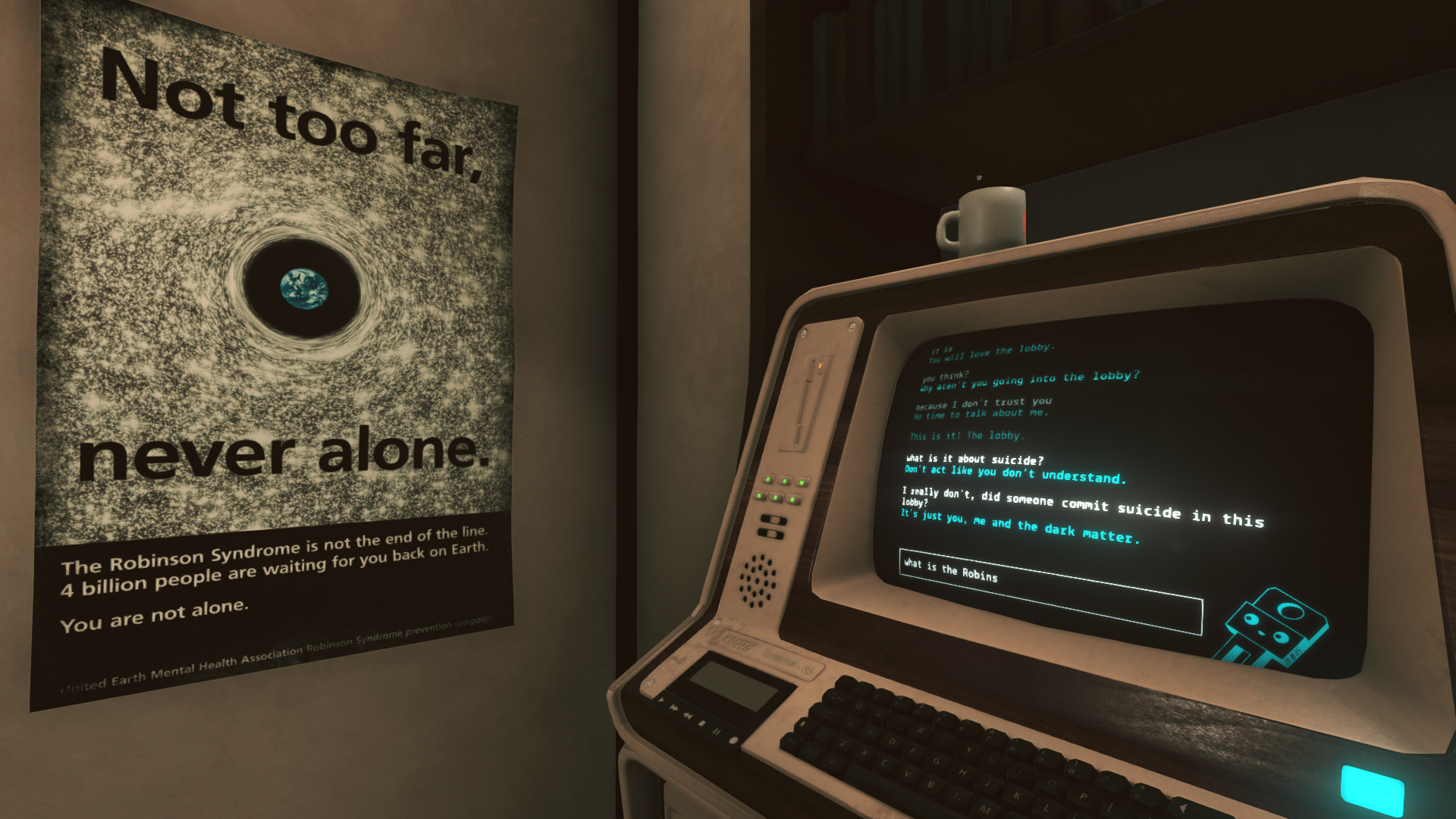 A simple game is not necessarily a bad one

Event [0] is quite a simple game and doesn't bring much, if anything, new to the table but it’s a good and interesting little game, it is simple yet beautiful. It is tough to add anything extraordinary to a walking simulator but re-inventing the wheel isn’t necessary either, Event [0] manages to walk the line between run of the mill and unique quite well.

What sets this game apart from the others is how you communicate with the only other character in the game, the AI Kaizen. To talk with him you have to manually type on your keyboard and he has a wide array of responses and even reacts to what tone you use with him, quite an interesting mechanic. If you don’t pay attention during the game “things” (don’t want to spoil the game) can happen when talking with Kaizen.

The spaceship Even[0] takes place on is pretty well designed and looks how a spaceship “should” look like and really helps to set the tone combined with the panorama views of Jupiter in all its glory. This game was developed by a small team but they spent a lot of time and effort to make everything look good and set the mood, a lot of Star Trek and Stargate was probably watched in order to get inspiration for interior design. And the AI, you can tell they put a lot of love into the dialogue for Kaizen, his dialogue really made the game an enjoyable experience.

Puzzle and story all in one

Sometimes when playing games similar to Event [0] the creators can go a bit too ham on their puzzles, making them ridiculously hard and drags too much attention towards the puzzle instead of keeping it on the narrative. In Event [0] there are puzzles as well but they more rely on you picking up hints and such when walking around, talking to Kaizen, or reading logs rather than on convoluted Lucasarts era 1990 puzzle solutions. Often I can be stuck for up to an hour on a convoluted puzzle, that might either be because of that I am a bit dumb or because of the puzzles being weird.

In Event[0]’s alternate timeline the people of the world has been divided into social classes, sort of like today but worse. The ruling upper class dictates everything, what goes and what doesn't, while those unlucky to be born in the wrong class can’t really do much about it, it’s your classic dystopian future society structure. This also ties into the game’s story and puzzles, the struggle to break down the barriers between the classes in society, and the developer manages to tie in a rather complex topic to the game quite nicely without getting off track. There is more story than first meets the eye, in various logs in computers, but Event [0] does not force the players to read everything to be able to understand what is going on and how to solve the puzzles. They give you what you need but if you happen to want more then they will serve you, but they are not force feeding you story and walls of text which is quite nice of them. 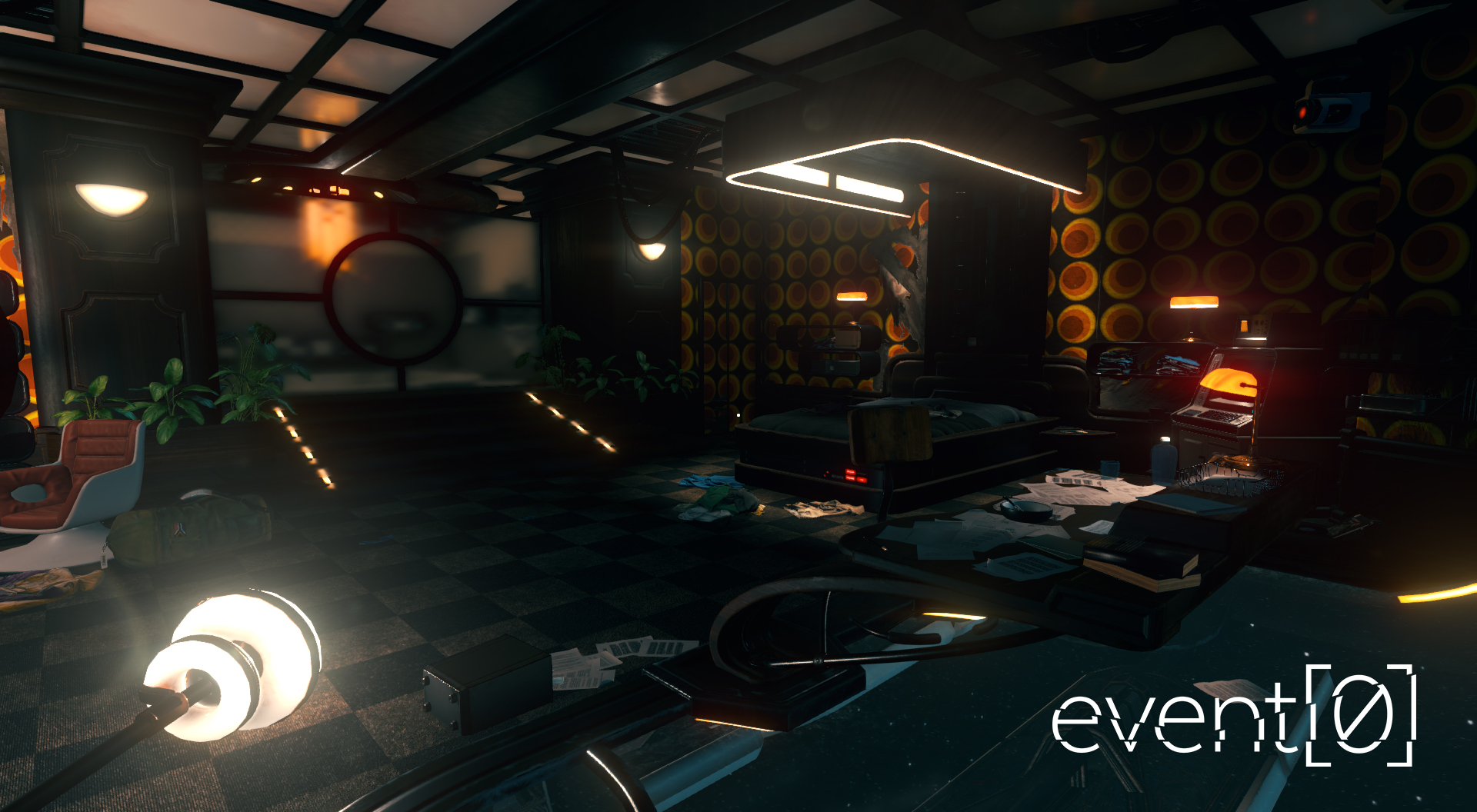 Only scraping the surface when falling flat

When Event [0] is over and the credits are rolling it says something along the lines of “this was based on a student concept” and unfortunately it shows. Basing something on a concept you came up with at university is not automatically a bad thing but it is a bad thing when you can sort of guess it while playing.

There was no clear sign or specific thing that showed that Event [0] was based on a student concept, it was hidden in the small things and it could be felt the most when Event [0] tried to explain some political and philosophical topics. The thoughts were there, the idea was present but the execution and explanation of them were not. For example, Ocelot Society tried their hands at the age-old question: what is life, where is the line between being alive and not. A game with an AI as the only other character is perfect for it, SOMA did a great job at it, but Ocelot Society and Event [0] falls a bit short, it starts a trail of thought but never finishes it. They do the same with the socio-economical topic they touch, they start the trail of thought but it does not lead anywhere. I enjoy pondering of such questions so I kept thinking a bit myself but I would rather have been given their complete view to compare with instead of a few breadcrumbs. Maybe it was their intention to only give players a taste and to get them to think for themselves, if so then great job, but I did not find it satisfying.

Unfortunately when you are done with Event [0] you are done, this isn’t a game you think back on, you play it, enjoy it, and then you move on to the next game, it is not like similar games like Gone Home or SOMA where you think about the message it tried to send you. That is mostly because Ocelot Society failed in conveying their message. Yes, they make you wonder what life is and why we let a ruling class dictate everything, but movies like Matrix and Equilibrium are doing a way better job at it and even combined they do it for a cheaper price. 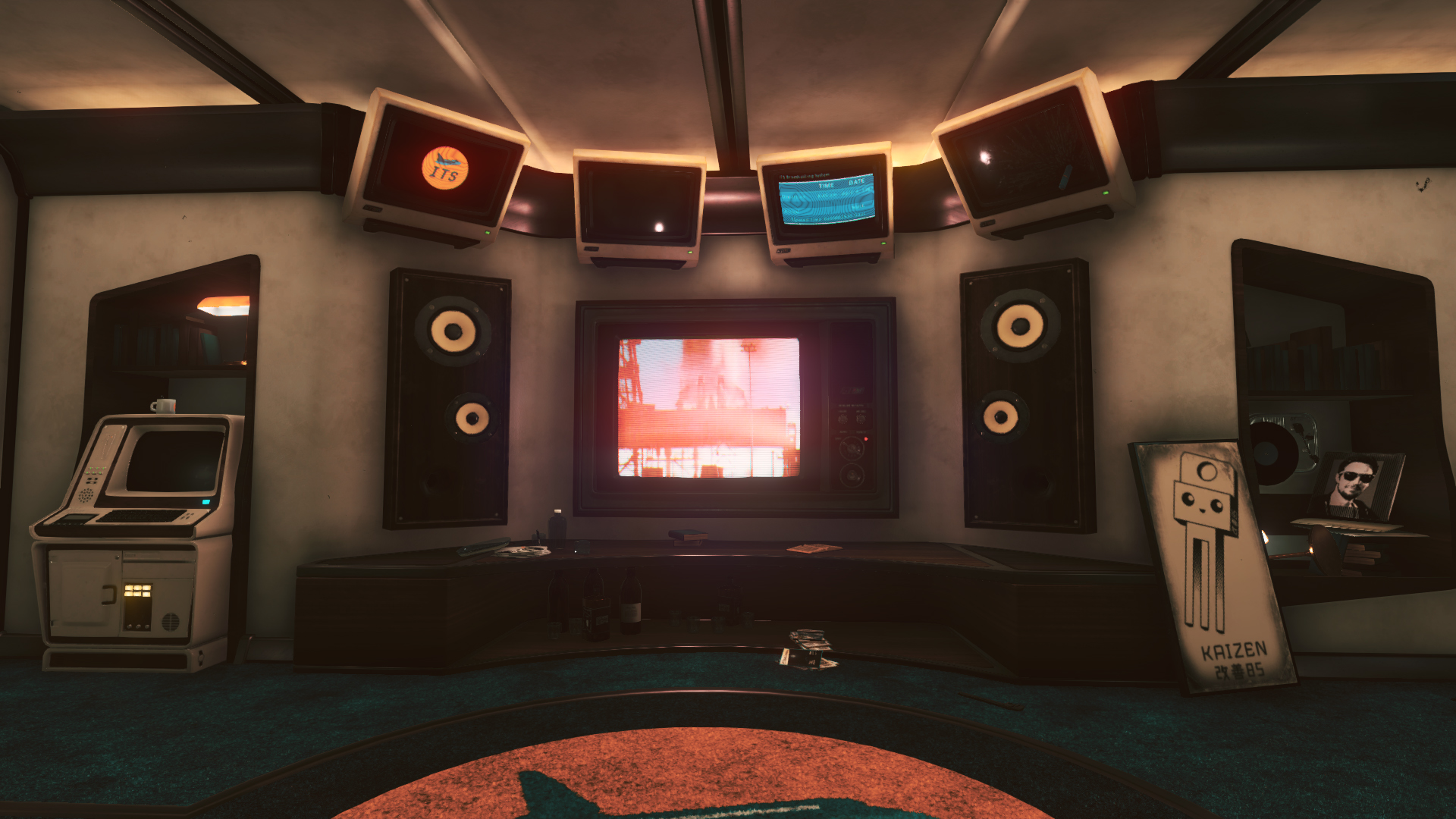 Event [0] is somewhere in between run of the mill and unique, the unique gameplay and wonderful setting is what sets Event [0] apart. It has its faults but it is a well-written game, especially when it comes to the dialogue between the protagonist and Kaizen. But it doesn’t manage to reach its full potential, there are many ideas which were never fully developed and just left the player hanging.

Don’t get me wrong, Event [0] is still a good game with great atmosphere and the interactions with Kaizen are something extra, but with the price of $19.99 for two to three hours (though compared to an IMAX movie ticket where I am from it’s quite reasonable)  and it falling flat in delivering what it tries to when it comes to philosophy and politics ruins it a bit for me. If Ocelot Society would have delivered more on that then this could have been a really great experience with a meaningful message but as it stands today it unfortunately does not.

This is a walking simulator and an experience and not really a traditional game, this is something you need to know when diving into Event [0]. It is better than a lot of walking simulators and doesn't for example use the overused “funny British guy” narrator. But it still does not quite manage to reach for the stars. It’s an interesting game worth keeping an eye on for future Steam sales.

Review: Maneater is repetitive but the gory shark game we need

Review: Resident Evil 3 is tense but has potential to be much more

Review: Doom Eternal is a relentless rush of frenetic chaos

[UPDATE: Postponed] Make absolutely sure to tune in to this week’s...

The Last of Us Part II gets intense new CG TV...

Kingdoms of Amalur remaster leaked, Comes out this August