Probably not what you were expecting, huh?  I’ve already said it a few times in this list, and I’ll say it again:  No one tells a story like Pixar.  And in Wall-E, they manage to tell an epic science-fiction love-story/environmental-parable with hardly any dialogue.

Set on an trash-ridden, abandoned Earth, Wall-E follows the lone remaining trash-robot, as he falls in love with a sleek, badass ‘bot named EVE.  Wall-E’s love for EVE takes him to far reaches of space, on a mission to save the world, but more importantly, get the girl.

In addition to be incredibly sweet and adorable, Wall-E is perfect science fiction.  It uses a story about the future to say pressing, relevant things about the right now, while still managing to be an engaging kid’s adventure movie.

Wall-E may be a story about robots, but it makes its characters feel totally and utterly human, regardless of their limited abilities of expression.  Wall-E is one of the very few movies that I would describe as perfect, and that’s because it made me feel and made me think more than any other movie of the century.

Whew!  We made it!  Thanks for sticking around this long, guys.  Please feel free to let me know what you think of my choices, and I hope you enjoyed!

A great performance can go a long way towards pushing an already-good movie over the top to greatness.  I think There Will Be Blood would already have been a great movie, but it happens to feature the single greatest screen-acting performance I’ve ever seen.  Daniel Day-Lewis stars as Daniel Plainview, an Oil Man with some priority issues.

Many people view Daniel as a monster, who hurts everyone in his life on his quest for success.  The more I watch the film, however, the more tragic I find it.  Plainview is a man who feels wholly, completely alone. The fact that Day-Lewis brings so much depth to what could have been a moustache-twirling douchebag should give you an idea how good his performance here is.  It is totally uninhibited, and by the time we reach the tense, brutal conclusion, we feel as though we know Plainview inside and out.

Yes, The Prestige is my favorite Christopher Nolan movie, by a longshot.  A rather unusual opinion, I know, but there’s something about the script for The Prestige that totally blows me away.  Maybe it’s how much more there is to discover each time you watch it, because once you know the various twists and turns, what seemed at first like a simple story about two rival magicians becomes much, much more.  The film, in typical Nolan fashion, is told wildly out of order, with frame story within frame story.  It also doesn’t hurt that the cast is awesome, with Christian Bale giving my favorite performance of his career, and David Bowie playing Nikolai Tesla, which everyone knows is awesome. 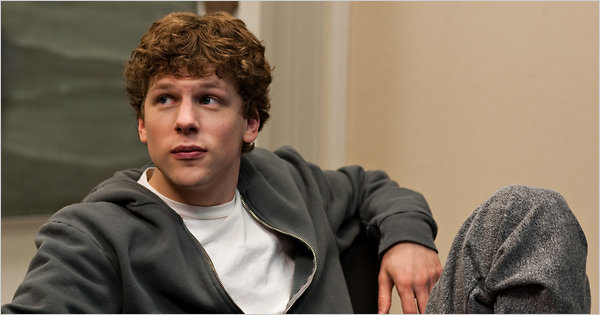 Yes, the ‘Facebook movie.’  Thanks to a perfect script by Aaron Sorkin, an amazingly original score by Trent Reznor and Atticus Ross, and amazing direction from David Fincher, what could have been an incredibly boring story about every one's favorite timewaster instead became an exhilarating look at the birth of a billionaire, and the death of a friendship.  From the very first scene, a lengthy argument/discussion between Mark Zuckerberg and his girlfriend in a bar, you know you’re in for something new.  The dialogue is fast and emotionally charged, and by the end of the almost eight-minute scene, you feel like you know exactly what kind of guy this is.  And that’s off the hook, y’all. (Again, I’m so sorry.)

In my opinion, Eternal Sunshine is the best love story ever told.  A bold statement, I know, but think about it.  It’s wildly original (due to both it’s great script, and some super imaginative direction by Michel Gondry,) it’s remarkably honest about relationships and why they are both wonderful and terrible, it seamlessly combines a crazy sci-fi concept with a vivid but real-to-life characters, and it has tons of great performances from a stellar cast.  Jim Carrey and Kate Winslet are both amazing in this, immersing us fully in the story of a couple that’s just meant to be together, even if it doesn’t necessarily want to be.

To me, no movie beats O Brother, Where art Thou for sheer rewatchability.  I don’t know if it’s the great music, the bizarre but wonderful characters, or the cool, depression-era twist on Homer’s The Oddysey, but every part of this movie tickles my fancy.  (Ugh.  Let’s just forget I used that phrase, okay?)  All three of the main characters are so totally bizarre, and find themselves in such outlandish situations, that O Brother feels as though it takes place in a world all it’s own, with just the right Coen mix of reality, whimsy, and originality.  I’ve been quoting this movie incessantly for years, and if you watch it, I’m willing to bet you will be too. 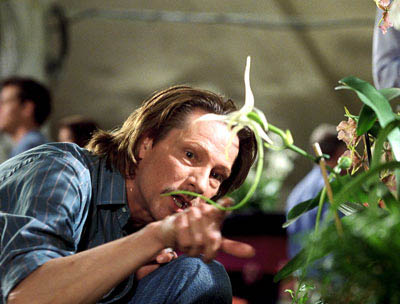 Adaptation was the movie that showed me what film was capable of.  I’ll give you a quick rundown of what it’s about:  Adaptation is about Charlie Kaufman, the writer of Adaptation, writing Adaptation.  Yes, you read that right.  Probably.

Kaufman, easily one of the best writers in the business, wrote himself into the film (as played by Nicholas Cage,) and gave himself a fictional twin brother (also Nicholas Cage.)  It’s also got Meryl Streep and Chris Cooper, who are fantastic in supporting roles.  Adaptation is a strange film, and it especially takes an odd turn in it’s third act, which some found outlandish, and I thought was perfect.

Yeah, I know Volume 2 is way higher on my list than Volume One. Why, you may ask?  The acting, mostly.  While the first film is more action-packed and fun, Volume 2 is carried by incredible performances by Uma Thurman, Michael Madsen, Daryl Hannah, and especially, David Carradine.  The decision to make the climax essentially a 45 minute conversation instead of a big swordfight was brilliant, but the star moment of the film is The Brides escape from a buried coffin, set to Ennio Morricone’s L’arena.  It’s so cool.

We made it!  The last ten!  These movies I feel epitomize what movie making is all about. None of these movies should be missed, even if you're not a fan of the genre. They're just that good! So enough chit chat, here are the top ten movies of the 2000s!

Just a forewarning:  Three of the films in my top ten are by the Coen Brothers.  Why?  Because they have a totally unique voice, as well as being wildly consistent.  There was no way that them adapting a Cormac McCarthy book wasn’t gonna be awesome.  By making bold moves (like totally dispensing with a soundtrack or score, the Coens managed to create a singularly suspenseful film, each silence fraught with horrible possibility.  Throw in Javier Bardem as the terrifying, unstoppable killer Anton Chigurgh, and you’ve got an amazing, super-tense thriller that isn’t afraid to tackle weighty themes.  And it’s my third favorite film by them in 12 years, which is crazy. 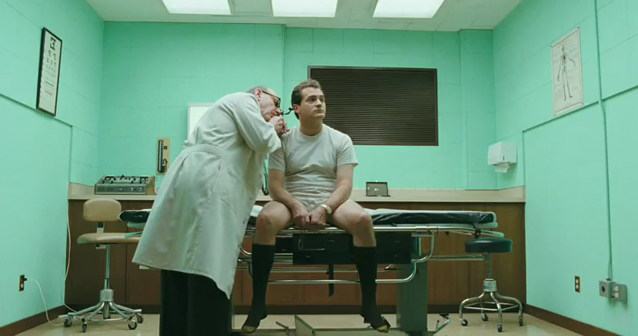 See?  Here they are again.  Those darn Coen Brothers.  It’s tempting to say that A Serious Man is nothing like No Country, but thematically they are somewhat similar. They both tackle existentialist themes like life, purpose, and inevitability.   A Serious Man, though, is also hilarious.

Definitely the most Jewish movie I’ve ever seen, it follows Larry Gopnik as he tries to figure out why his life has suddenly gone to hell.  The film piles misfortune after misfortune upon Larry, as he desperately searches for answers.  What makes the film so great, though, is that the Coens aren’t nearly as interested in the answers as they are in the questions.

Opinion: Cyberpunk 2077 on consoles is inexcusable