As far as Kingdom Hearts 2.9 goes, the the first time we heard about it was through a brief appearance on the Square Enix Presents schedule at E3 2015, but it was silently removed from the list. The Linkedin update suggests that 2.9 will only release on the PlayStation 3 and PlayStation, unfortunately there were no more details.

VanDeventer was much more giving when it came to Kingdom Hearts 3 details. If the listing is true, it suggests that Pixar will be involved in the game, a Gummi Ship system and the online components Square Enix was talking about!

Here's a screencap of the LinkedIn update: 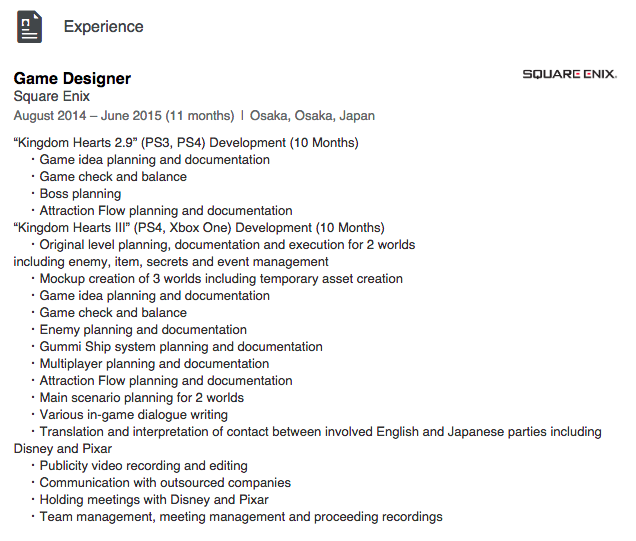